Prof. J. Carlos Santamarina (Professor – KAUST) graduated from the Universidad Nacional de Córdoba, and completed graduate studies at the University of Maryland and Purdue University. Before KAUST, he taught at NYU-Polytechnic, the University of Waterloo (Canada), and Georgia Tech. His former students are academicians, researchers, or practicing engineers at leading institutions around the world. The team’s research results are summarized in two books and more than 300 publications. Dr. Santamarina is a member of the Argentinean National Academies (Sciences and Engineering), a recipient of two ASTM Hogentogler Awards, was the 2012 British Geotechnical Association Touring Lecturer, and delivered the 50th Terzaghi Lecture in 2014.

“Energy tunnels: an opportunity for the development of urban areas”

Dr. Marco Barla is Associate Professor at the Politecnico di Torino, teaching ‘Numerical methods in geotechnical engineering’ and chairing the research group in the areas of rock mechanics, tunneling and slope stability. He edited one book, over 150 scientific papers and holds a patent of an energy tunnel segment (Enertun). He is co-editor of the ASCE International Journal of Geomechanics and member of the Editorial Board of Tunnelling and Underground Space Technology and of the Arabian Journal of Geosciences. He is the recipient of the “Excellent Contributions Award” of the International Association for Computer Methods and Advances in Geomechanics, of the ‘Telford Premium’ from the Institution of Civil Engineers and of the Best paper certificate at the 11th ISRM conference. He is the Vice president of the European Large Geotechnical Institutes Platform, the Italian delegate in the Management Committee of the COST Action TU 1405 and member of Iacmag Board. He acts as a consultant in geotechnical engineering; main professional projects are related to slope stability, tunneling, sewage systems, foundations, monitoring of geotechnical structures and radar interferometry. In 2013 he founded Resolving srl, a Politecnico di Torino spin-off company, now Geosolving srl, which provides services in the fields of tunneling and geotechnical monitoring.

Dr. Jonny Rutqvist (http://eesa.lbl.gov/profiles/jonny-rutqvist/) is a Senior Scientist at the Lawrence Berkeley National Laboratory, Berkeley, California. His research is focused on modeling of geomechanics as well as coupled thermal, hydraulic, mechanical and chemical (THMC) processes in geological media for a wide range of geoscientific and geoengineering applications, including geologic carbon sequestration, geothermal energy extraction, gas hydrate production, underground compressed air energy storage, nuclear waste disposal, and shale gas extraction. Dr. Rutqvist has co-authored over 500 technical publications on the subject, including over 180 peer-reviewed journal papers and book chapters. He is the original developer of the TOUGH-FLAC simulator, which has turned out to be a very versatile tool for modeling coupled multiphase fluid flow and geomechanics. Using TOUGH-FLAC, he was one of the pioneers applying coupled fluid flow and geomechanical modeling to geologic carbon sequestration, such as at the In Salah CO2 storage project, and more recently on the issue of injection-induced seismicity.

“Analysis, design and application of energy geostructures from the building to city scale”

Dr. Lyesse Laloui is chaired professor and Director of the Soil Mechanics Laboratory at the Swiss Federal Institute of Technology, EPFL, Lausanne, where he developed a major research group in the areas of Soil Mechanics, Geoengineering and CO2 sequestration. He is also adjunct professor at Duke University, USA, and advisory professor at Hohai University, China. He edited 10 books and published over 300 peer reviewed papers. He is the Editor in Chief of the International journal Geomechanics for Energy and the Environment. He is the recipient of the “Excellent Contributions Award” of the International Association for Computer Methods and Advances in Geomechanics, the “2012 Vardoulakis Lecture” from the University of Minnesota, the “12th G.A. Leonards Lecture” from the University of Purdue and the “2016 RM Quigley Award” from the Canadian Geotechnical Society. He has been involved as an expert in several international projects and acts as a consultant in civil, geotechnical and geothermal engineering, including legal and arbitration cases. The patented “Geosynthetic element for soil bio-improvement” is currently being developed in the context of a start-up. 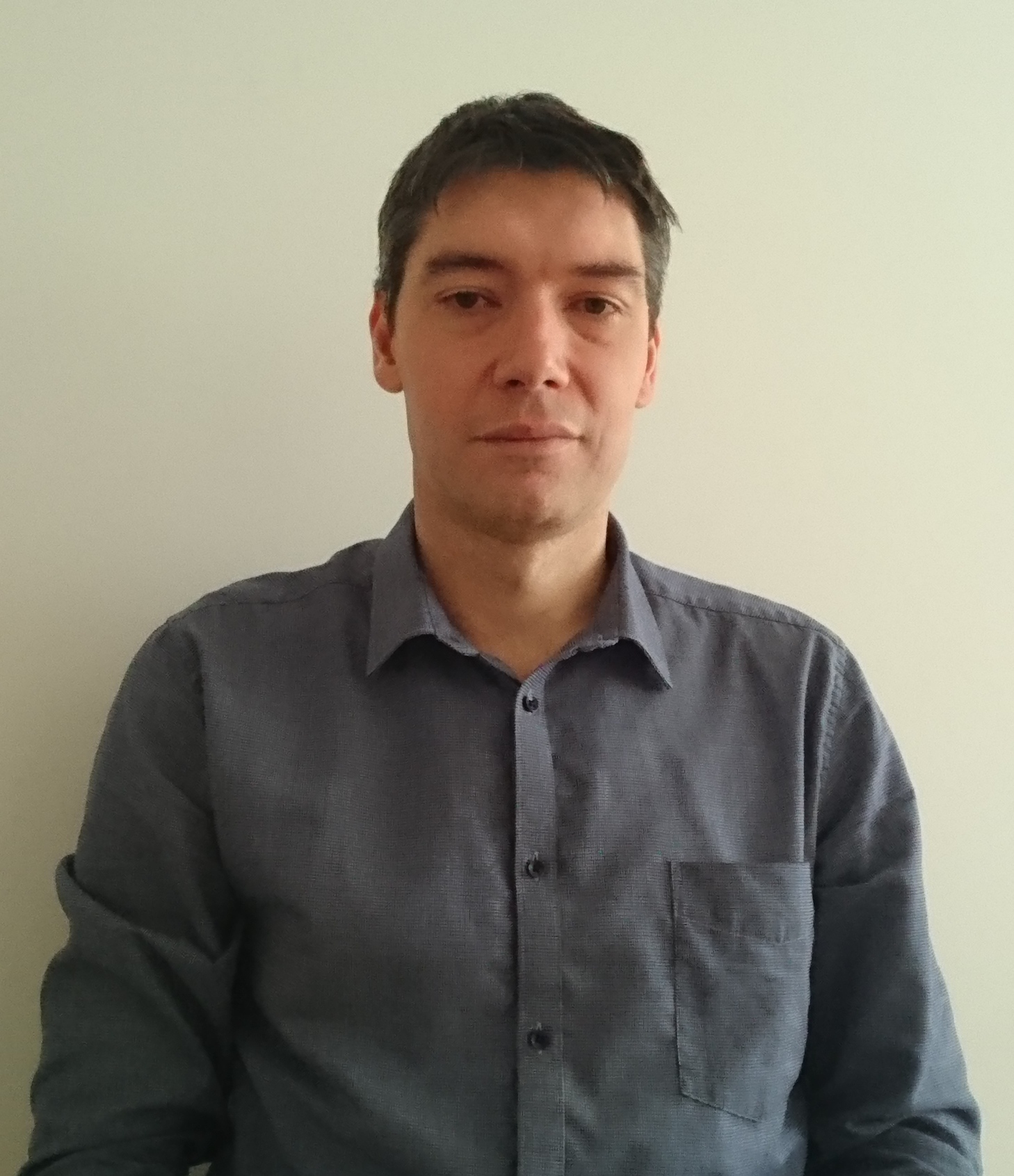 Dr. Sébastien Burlon, is currently working in the French company Setec-Terrasol. Civil engineer graduated from École Nationale des Travaux Publics de l’État (ENTPE, Lyon, France) in 2003, he obtained a PhD in Civil Engineering from Lille University in 2007 and an HDR (Accreditation to Direct Research) from Paris-Est University in 2016. During the last 15 years, mainly for IFSTTAR (The French Institute of Science and Technology for Transport, Development and Networks), as geotechnical engineer and researcher, he has been involved in many expertises, research projects and standardization projects (Eurocode 7) dealing with soil-structure interactions and numerical modelling. He is the Chair of the COST Action TU1405 GABI (Geothermal Applications for Buildings and Infrastructure) with 25 European countries involved: the main objective of this Action is to build a new European network of researchers and engineers to address the challenges of thermoactive geostructures in terms of thermal and mechanical design.

“Hydraulic fracturing, more than a reservoir stimulation technique: from measuring stresses to mine preconditioning”

Jean Desroches has worked on various aspects of hydraulic fracturing since 1985, starting with using tiltmeters to monitor the extent of hydraulic fractures, especially in geothermal environments. He has been working for Schlumberger since 1990, and has held various R&D positions in the UK, the US and France. He has been developing hydraulic fracturing combined with packer fracturing for measuring earth stresses in wellbores, as well as heading efforts to model the various processes associated with hydraulic fracturing as a reservoir stimulation technique. He has directed engineering for well integrity as well as for CO2 storage. More recently, he has been involved in methods to better take into account rock mechanics information – from rock fabric to geological structure to tectonics – for completing hydraulically fractured wells in complex settings. Jean has coauthored more than 50 scientific publications and 8 patents. He holds a degree in Geological Engineering from École Nationale Supérieure de Géologie, Nancy (France) and a PhD in Rock Mechanics from Institut de Physique du Globe de Paris.

Prof. Dr. Stefan Wiemer is the chair of seismology at the department of Earth Sciences, ETH Zurich, and the director of the Swiss Seismological Service (SED, www.seismo.ethz.ch). Born in 1967 in Germany, he graduated from the Ruhr University in Bochum in 1992 and earned his PhD in geophysics from the University of Alaska in Fairbanks in 1996. In 1997, he was awarded a fellowship by the German Alexander von Humboldt Foundation and moved to Tsukuba, Japan. In 1999, he progressed to the SED as a research associate, where he initiated and led research groups on statistical seismology and induced seismicity. He was promoted to titular professor in 2007 and appointed as a full professor and SED director in 2013.  His expertise and research interests include probabilistic seismic hazard and risk assessment, time-dependent processes, earthquake predictability and operational earthquake forecasting, earthquake early warning and induced seismicity related to GeoEnergy applications. He published more than 132 articles in international peer reviewed journals since 1994 and supervised 16 PhD students at ETH.

Prof. Marie Violay has been working as an assistant professor at EPF (CH)L since July 2015. She obtained her PhD in 2011 from the University of Montpellier (Fr), under the supervision of Dr. Pezard and Dr. Gibert, working on petrophysical properties of basalt with implications for deep geothermal energy. She served as a post-doctoral research associate at INGV (It) between 2011 and 2013 under the supervision of Prof. Di Toro. Then, she moved to ETHz (CH), and worked as senior scientist in collaboration with Prof. Burg between 2013 and 2015. Her research aims at better understanding the role of fluids on the mechanics of the Earth’s crust, especially ruptures. She is interested in developing inter-disciplinary approaches that combine 1) rock mechanics, 2) microstructural/geochemical investigations, and 3) borehole geophysical observations to study earthquakes, and geological reservoirs. Marie Violay is currently an ERC starting Investigator in mechanical BEhavior of Fluid Induced Earthuqake (BEFINE) at EPFL. 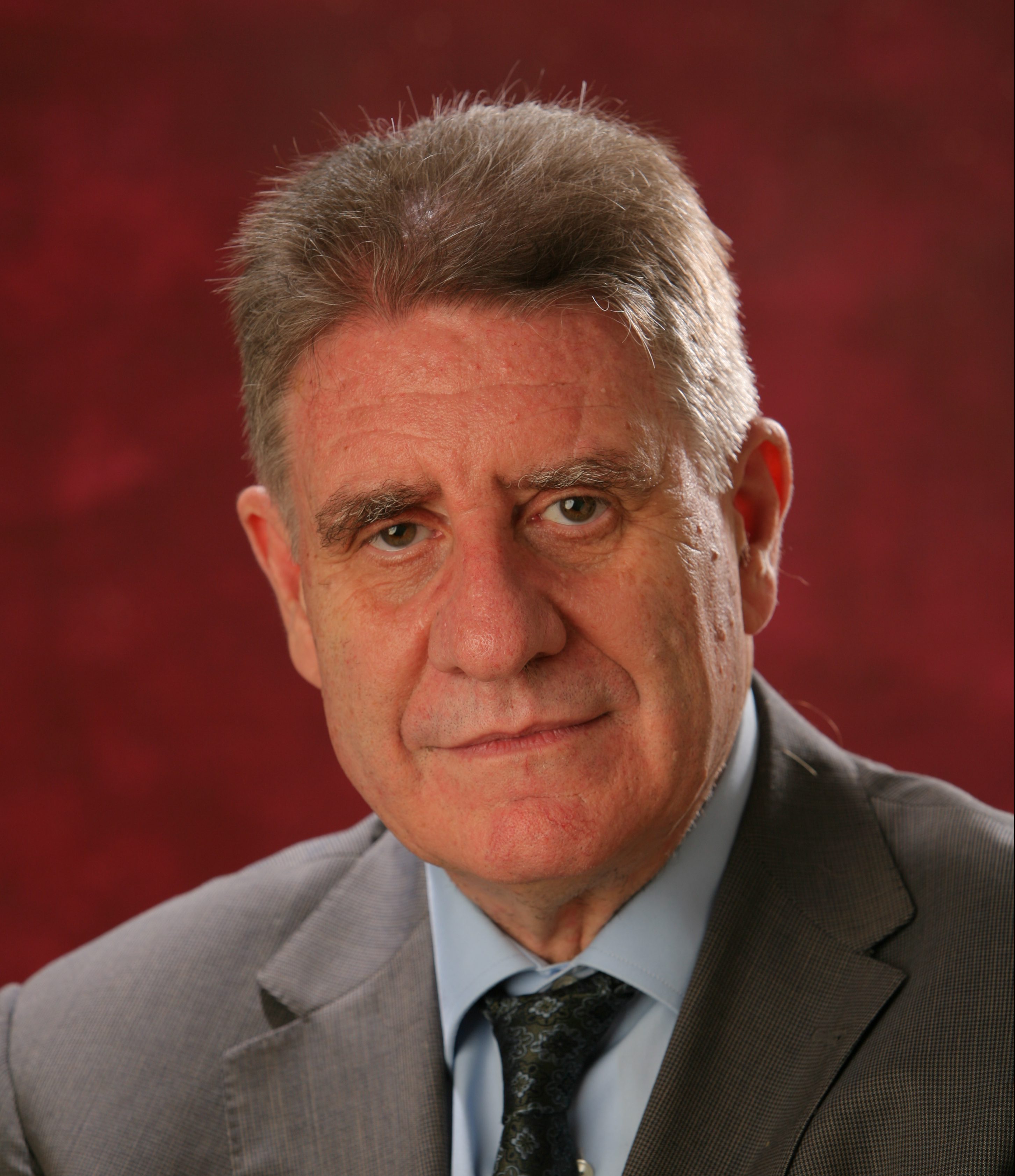 He has received numerous awards such as the ICE Telford Medal (twice), the George Stephenson Medal (twice) and the Honour Medal of the Institution of Civil Engineers in Spain. In 2007, he delivered the 47th Rankine Lecture. He is a Fellow of the UK Royal Academy of Engineering and Doctor Honoris Causa by the University of Grenoble. He was Vice-President for Europe of the International Society for Soil Mechanics and Geotechnical Engineering (ISSMGE) for the period 2013-2017.  The ISSMGE awarded him the Kevin Nash Gold Medal in 2017.

María Victoria Villar has a Ph.D. in Geology and is working since 1989 at CIEMAT, a Spanish research centre for energy, environment and technology. She is an experimentalist, currently head of the Soil Mechanics Laboratory and of the research group on Thermo-hydro-mechanics and geochemistry of geomaterials. Her work has focussed on the characterization and assessment of behaviour of host rocks and barrier materials for the disposal of radioactive waste and has been carried out mainly in the framework of projects financed by the European Commission and by Enresa, the Spanish agency for nuclear waste management.

The abstract of Dr. Villar’s feature lecture can be found here.

Dr. Marcelo Sanchez is a Professor in the Zachry Department of Civil Engineering TAMU. He obtained his first degree in Civil Engineering from the Universidad Nacional de San Juan (Argentina). His Master and Ph.D. (2004) degrees are from the Universidad Politecnica de Catalunya (UPC, Barcelona, Spain). His expertise lies in the analysis of Thermo-Hydro-Mechanical and Chemical (THMC) coupled problems in geological media and unsaturated soil mechanics. The main applications of his research are related to Energy Geotechnics, Environmental Geotechnics and Transportation Geotechnics His has published more than 100 peer review papers. He is acting as an Associated Editor of six International Journals. He is one of the recipients of the “George Stephenson Medal 2012” (ICE, UK), and other awards. He is the Chairman of the ISSMGE Technical Committee TC308 on “Energy Geotechnics”. More info about Dr. Sanchez’ activities can be found at http://ceprofs.civil.tamu.edu/msanchez/

Paul Bossart works for the Swiss Geological Survey at swisstopo, as director of the international Mont Terri rock laboratory. He received his Ph.D at the ETH Zürich in 1986 (tectonic structure of the Hazara-Kashmir Syntaxis in Northern Pakistan), and holds an MBA of the University of St.Gallen (2004). He was and is involved in several research projects in rock laboratories, such as the Grimsel Test Site (Switzerland), Aespoe (Sweden), Kamaishi (Japan), and the Mont Terri rock laboratory (www.mont-terri.ch).